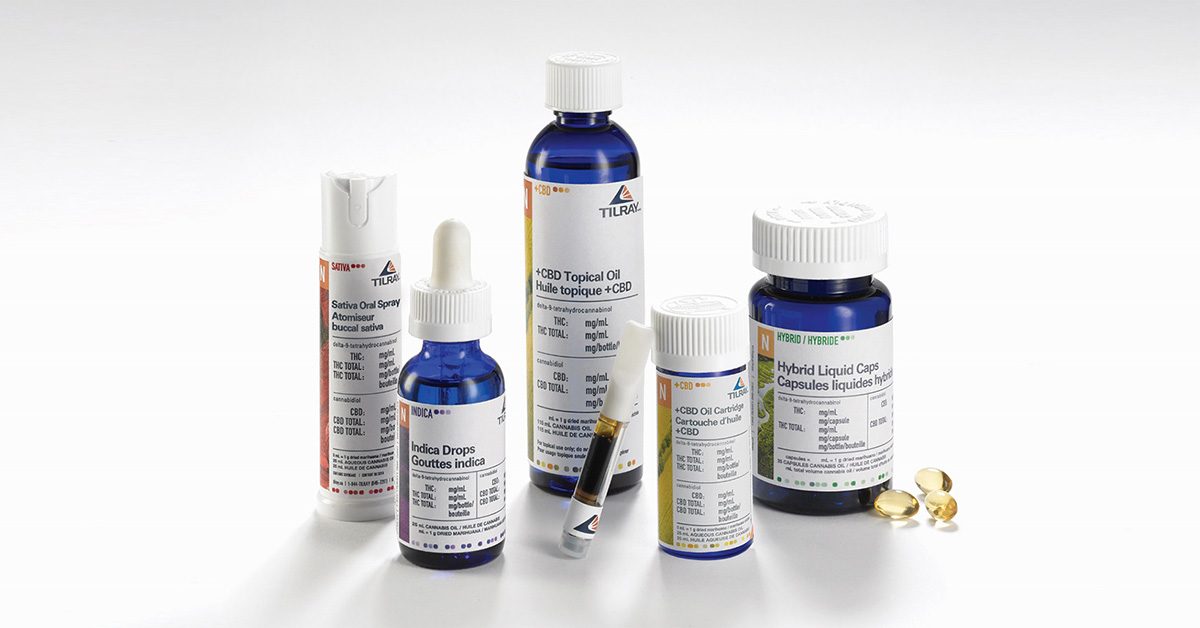 The medicinal cannabis (marijuana) law reforms that are taking place in many parts of the world have opened the floodgates for a new wave of innovation. Backed by science and built on professional business models, a number of cannabis-oriented companies have come to prominence, providing patients within their jurisdictions access to a range of high-quality products. Such enterprises are bound by strict regulations, which serve to ensure the safety of patients and minimise the risk of harm and abuse.

Naturally, some of these companies are primarily profit-focused, but it’s important to note that many of these enterprises have a legitimate passion for advancing cannabinoid science. Investing in research helps the medicinal world develop a better understanding of the many medicinal applications of cannabis, which in turn serves to improve patients’ quality of life.

Tilray is one such company taking a holistic approach to medicinal cannabis. In just a few short years, the Canadian firm has grown to become one of the largest and most advanced medicinal cannabis producers on the planet. Its product range includes a diverse lineup of sativa, indica, hybrid, and CBD strains, as well as a line of pharmaceutical-grade extracts, oils and capsules intended for oral consumption. Tilray is the only licensed producer in Canada certified to produce pharmaceutical-grade medicinal cannabis products utilising Good Manufacturing Practices (GMP).

IMAGE OF TILRAY’S FLAGSHIP FACILITY IN NANAIMO, BC, CANADA. PHOTO CREDIT FOR THIS IS HEYDEMANNPHOTO.COM

The popularity and effectiveness of Tilray’s products are perhaps best evidenced by the company’s growth. Just a year after opening its $26 million, 60,000 square foot medicinal cannabis facility in Nanaimo, a small town in southern British Columbia, Tilray became the region’s sixth-largest employer in the private sector, providing a substantial economic boost to the area.

“A lot of their security is provided by local companies, and all of their construction was done by a local construction firm and contractors, so that’s been a great thing for the construction sector in Nanaimo over the last year and a half. They buy everything local, from catering to administration, which is fantastic for other local companies.”

This growth isn’t limited to North America. Just last month the company made headlines when it announced it would be distributing its products in Croatia through a new partnership with the Croatian Institute of Immunology. This is a significant milestone, as it represents the first time in history that an organisation has legally imported commercial THC-containing medicinal products into Europe from North America.

The economic benefits of Tilray’s operations are not be ignored, but undoubtedly the company’s greatest contribution to society is how it is improving the quality of life of thousands of patients around the world.

As research demonstrates, medicinal cannabis has a range of medicinal applications that can benefit patients suffering from both physical and mental conditions. However, in unregulated markets such as New Zealand’s, lack of access to lab-tested, high-quality, purpose-produced products means that patients are unable to reap the full benefits that cannabis offers.

Tilray customers, of course, don’t have this problem, and are free to pick and choose products that are suited to their ailments – often with startlingly effective results.

Take Braydon for example. Born with epilepsy that onset in his early infancy, the severity of Braydon’s seizures worsened as he got older. It got to the point where he was having as many as 150 seizures per day.

Braydon was given his first dose of medicinal cannabis at noon on September 20. Just 42 minutes later his seizures started to subside.

You can find out more about Braydon’s amazing story in his family’s own words in the following video from Tilray Canada: https://www.tilray.ca/en/news/patient-story-braydon/

Tilray expands its reach down under

As touched on, the best medicinal cannabis organisations are interested in furthering the science behind cannabis, and Tilray is no exception. In addition to the company’s efforts in Europe and North America, it is also expanding its focus to include Australia. In February 2016, Tilray began a trial in collaboration with the New South Wales government, University of Sydney and Chris O’Brien Lifehouse to assess the efficacy of a Tilray study drug for treating nausea and vomiting caused by chemotherapy.

The company also aims to invest substantially into developing a commercial presence in Australia. creating good paying jobs for highly skilled workers. How many people Tilray will hire in Australia depends on how the government chooses to regulate the cultivation and process of medicinal cannabis, but it’s possible Tilray could have up to a hundred employees in the country in the near future

New Zealand’s current stance on medicinal cannabis prevents companies like Tilray from entering the market, and the country is missing out on a range of economic, social and health benefits as a result. Reforms are needed to help New Zealand keep pace with the global changing attitude towards medicinal cannabis.

Tilray offers pharmaceutical-grade, GMP-certified medicinal cannabis products to patients, pharmacies and researchers in Australia, Canada, the European Union and the Americas. Tilray’s Clinical Compound Collection is designed specifically for clinical use, and is characterized by well-defined, consistently reproducible and customizable cannabinoid and terpene content and formulations. Tilray’s clinical products are being utilised in number of clinical trials.

In addition to the Australian clinical trial for chemotherapy-induced nausea and vomiting, Tilray is conducting numerous clinical trials to determine the safety and efficacy of medical cannabis use for a variety of diseases and illnesses, including a Phase 2 clinical trial in Canada to determine the safety and tolerability of cannabinoids in children with Dravet Syndrome. Furthermore, Tilray leading a groundbreaking clinical research partnership with the University of British Columbia to study the safety and efficacy of medical cannabis for Canadian military veterans suffering from post-traumatic stress disorder (PTSD).

Editor note: Medical Cannabis NZ has no affiliation with Tilray, or their operations.